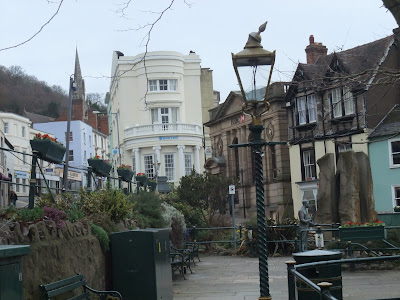 I thought it might be nice for those planning to come to the Malvern Spring Show to show you something of Great Malvern. I moved here in 2000 with my two boys, following my parents who had retired to the area about 8 years previously. I have grown to love the area and feel that Malvern is more my home now than Berkshire where I grew up. Malvern is actually broken into 3 areas: Great Malvern, Malvern Link and Barnards Green. Great Malvern was very popular with the Victorians who came to take the spa waters driving from one of the many natural springs across the hills. 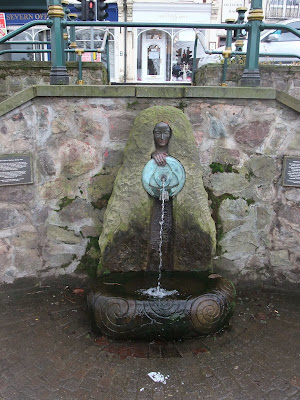 Above is the well in the middle of Great Malvern. To be honest I hadn't really noticed the design of the well until I saw the photos my eldest took for me. There is a tradition around the Malvern Hills of well dressing. I seem to remember it happening around May time last year but I'm not sure it will coincide with your visit but if you are interested you can find out more via this site . 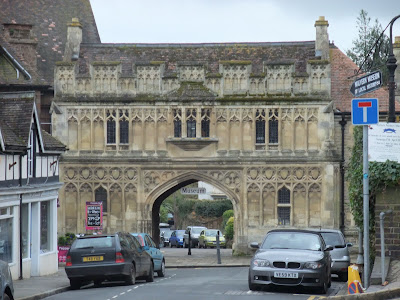 For those of you wanting to know more about Malvern you can visit the Malvern Museum which is pictured above. On looking at their website I was interested to note that they are running a series of events this year to mark the 100th death of Florence Nightingale who frequently visited the spa for her health. 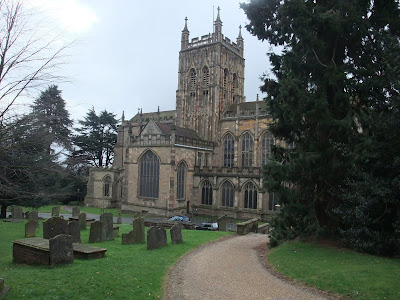 Just by the museum is Great Malvern Priory. Originally started around 1085 - yes thats 1085! It was extended in the late 15th century. During the reign of Henry VIII the priory was saved from being destroyed by the villagers who petitioned the king to let them buy the building for £20. Further work was done in the 19th century including the building of the north porch. If you wander around the graveyard and look very carefully you will find the grave of Charles Darwin's daughter, Anne, who he had bought to the town to take the waters. 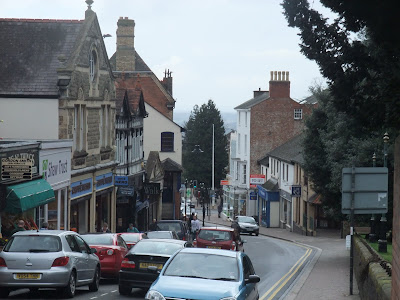 So that's a brief tour of the highlights of Great Malvern. The other thing you need to know if that it is on a hill so you need to be prepared for the slopes. I tend to plan a route for my shopping that only involves me going up hill once on the route!!

I should say that as well as some lovely old buildings, Great Malvern has a range of small eateries and cafes, numerous shops from large supermarkets to small boutiques, an excellent theatre which often has pre-West End shows and a very friendly feeling about it. I do hope that you will get a chance to visit the town as part of your visit.
Posted by Unknown at 08:30

Email ThisBlogThis!Share to TwitterShare to FacebookShare to Pinterest
Labels: My Malvern, Outside

Ewa in the Garden said...

Great post helping to know little more about Malvern - as I come in May to see you, I am very glad to know more.
Can't wait to see you :)

Ewa - Helen's got a great tour lined up for you and the others on Saturday, so you'll get to see loads more :)