Malvern Memories: Didn't I have a lovely day, the day I went to Malvern...

Once again, Arabella Sock proves that blogger coverage of events such as Malvern can be far more varied (and funnier) than anything you see on the telly...

Thank you for all you birthday wishes Sockwatchers it was indeed on Wednesday! The Sock organised herself a jolly little jaunt to Malvern staying at a nice country hotel on Wednesday and Thursday night and sipping champagne on her ownsome. Thursday was first time at Malvern and the Sock had the bestest time ever!!!
So the Sockerazzi was out in the hope of snapping celebs and she bagged a big one! Yes.. a proper famous person.. 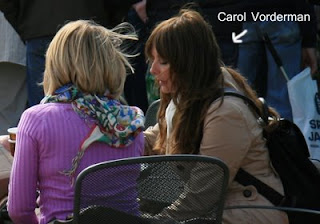 Other than that it was just the usual suspects I'm afraid. Hundreds of photos of Toby, Alys, Joe, James A-S and of course La Belle Beardshaw. Chris was there with his minder but the Sock still managed to get close enough to steal one of his hairs as she brushed past and now plans to clone lots of little Beardshaws from it. The Sock does hope they come true to the original although perhaps a bit taller. 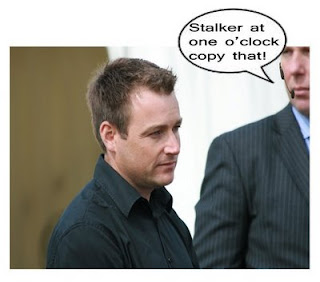 Loads more exciting stuff to share with you, plants, people, impala impersonations... the Sockerazzi got it all on camera!
And lo, a promise of lots more to come! Contents and photographs courtesy of The Sea of Immeasurable Gravy.
Posted by M@M aka VP ;) at 08:30

Email ThisBlogThis!Share to TwitterShare to FacebookShare to Pinterest
Labels: Celeb Spotting, Guest Post, Memories Are Made of This

Ha ha, it is nice to revisit such a good time. I just hope that this year is as good fun - it has a lot to live up to.

Arabella - there's so many goodies waiting for us this year. PG and I had the exclusive reveal yesterday, so stay tuned to find out more!